how to block internet for some apps on Android: Android M came with permissions features and it was one of the best security feature added By Google. With the permission manager, we can control the applications to access the different sections of the phone, as well as it improves the security. However, All the apps can still use the Internet and in Stock android, we don’t get any option to block Internet access for certain apps. In some custom ROMs like MIUI and others, we can have a feature to control internet access for apps. But it’s a really needy feature in all devices. So here we are going to see how you can get it on any Android Device.

How to block internet for some apps on android

There are many Apps that can give you the functionality. But in this article, we are Going to see an app that does it really well so you can try this and you’ll be able to block Internet for some apps in Android.

Before proceeding with the guide, it is necessary to clarify that because we will use an application based on the creation of a VPN, it is only compatible with smartphones and tablets with versions equal to or higher than Android Lollipop 5.1. 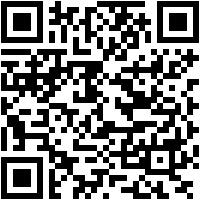 we must disable the battery optimization of the application in the corresponding section of the Android Settings to prevent the system from closing it automatically. After this, we will be able to block the Internet access of the applications that we want in the representative icons, either in WiFi or during the use of mobile data. You can do the test by accessing the application or blocked applications; you will notice that they do not have an Internet.

Background processes in an Android device consume so much data. Blocking Internet for them is the best way to save Data and it also improves the system speed. Because apps which are connected to the Internet needs more resources than others.

Hope This guide will help you, If you have any better solution then tell me in the comment section or be my friend on Facebook.

Get Poco Launcher on your Xiaomi Phone [Download APK]

Now you can create verified business account on WhatsApp ...

How to send Stickers on WhatsApp [New Feature]

3 Best Apps to Mix Music With Your Android Phone (DJ...